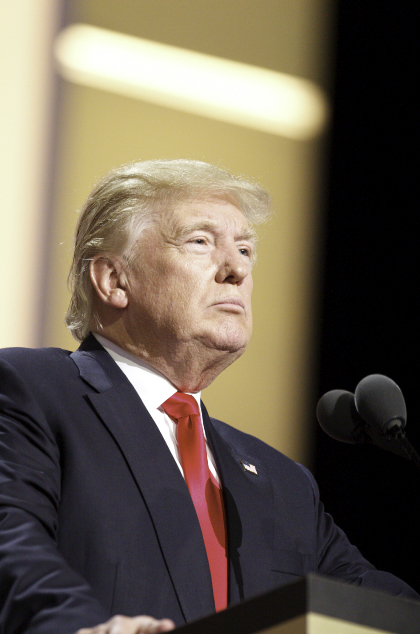 Donald Trump speaks on the final night of the Republican convention at Quicken Loans Arena in Cleveland on July 21, 2016 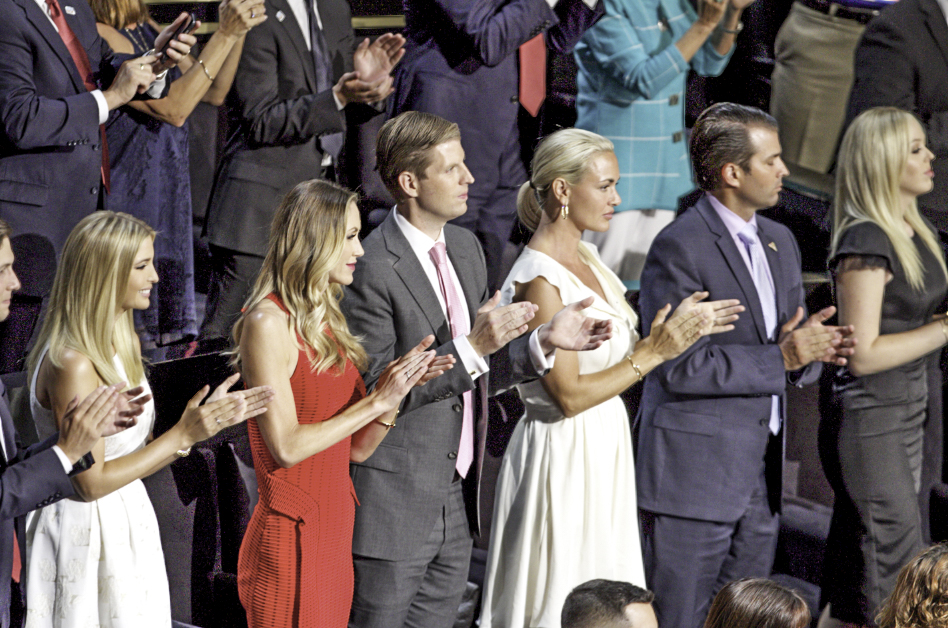 The Republican National Convention got off to a raw fight, meandering, downbeat, and downright scary event. But the Trump family join the conversation to aid their father. Donald Trump thanks his family for support during his speech at the 2016 RNC in Cleveland. 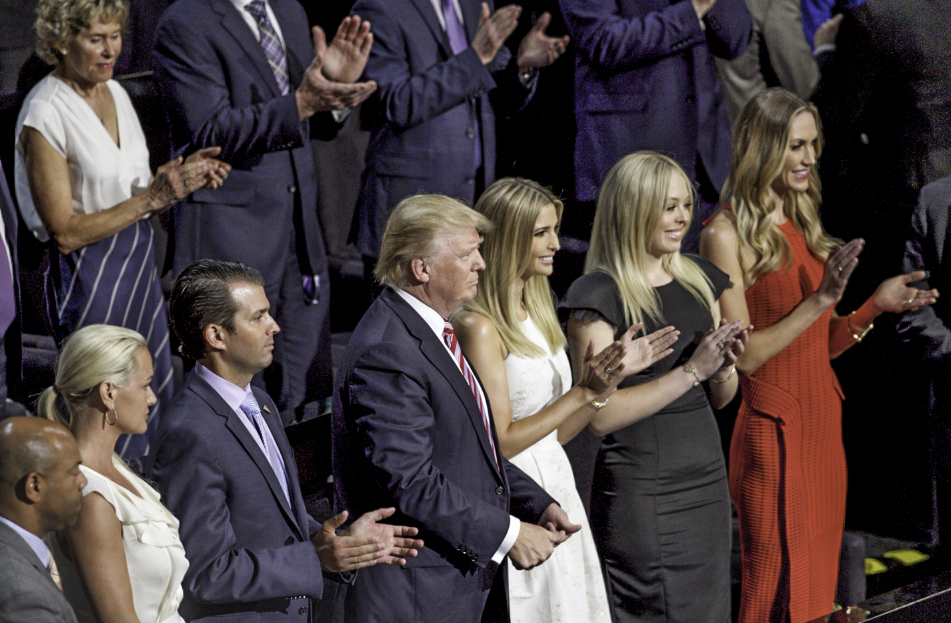