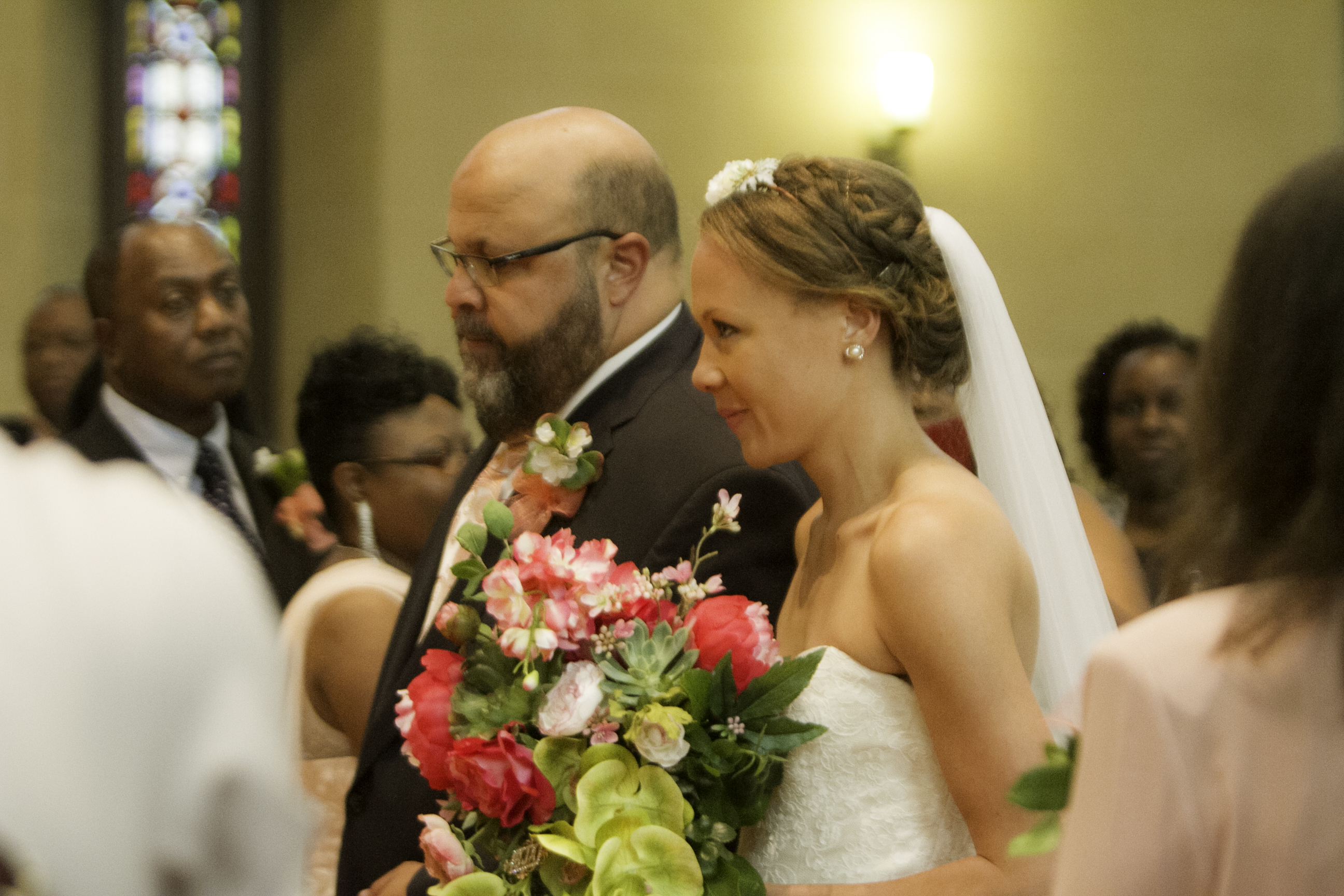 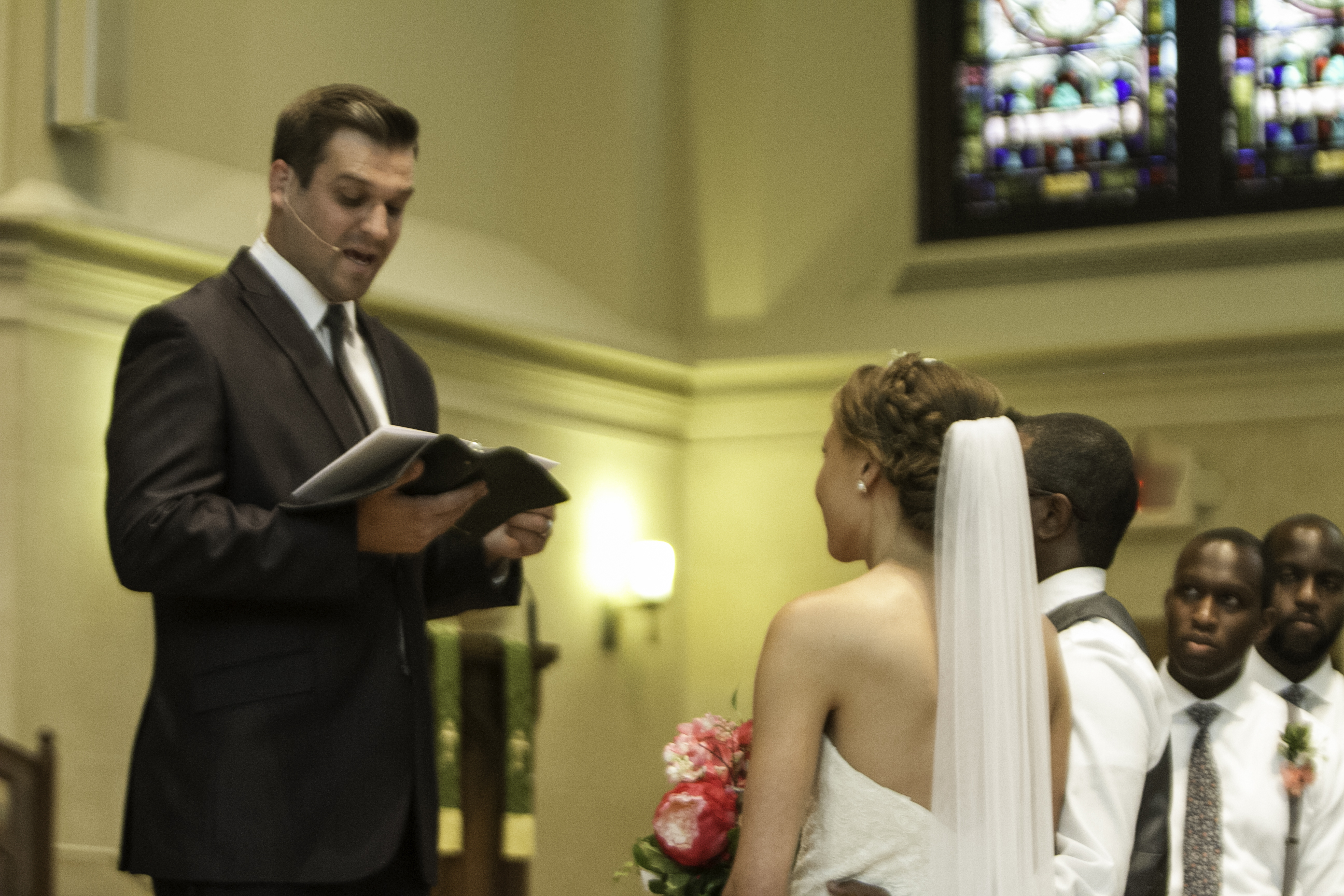 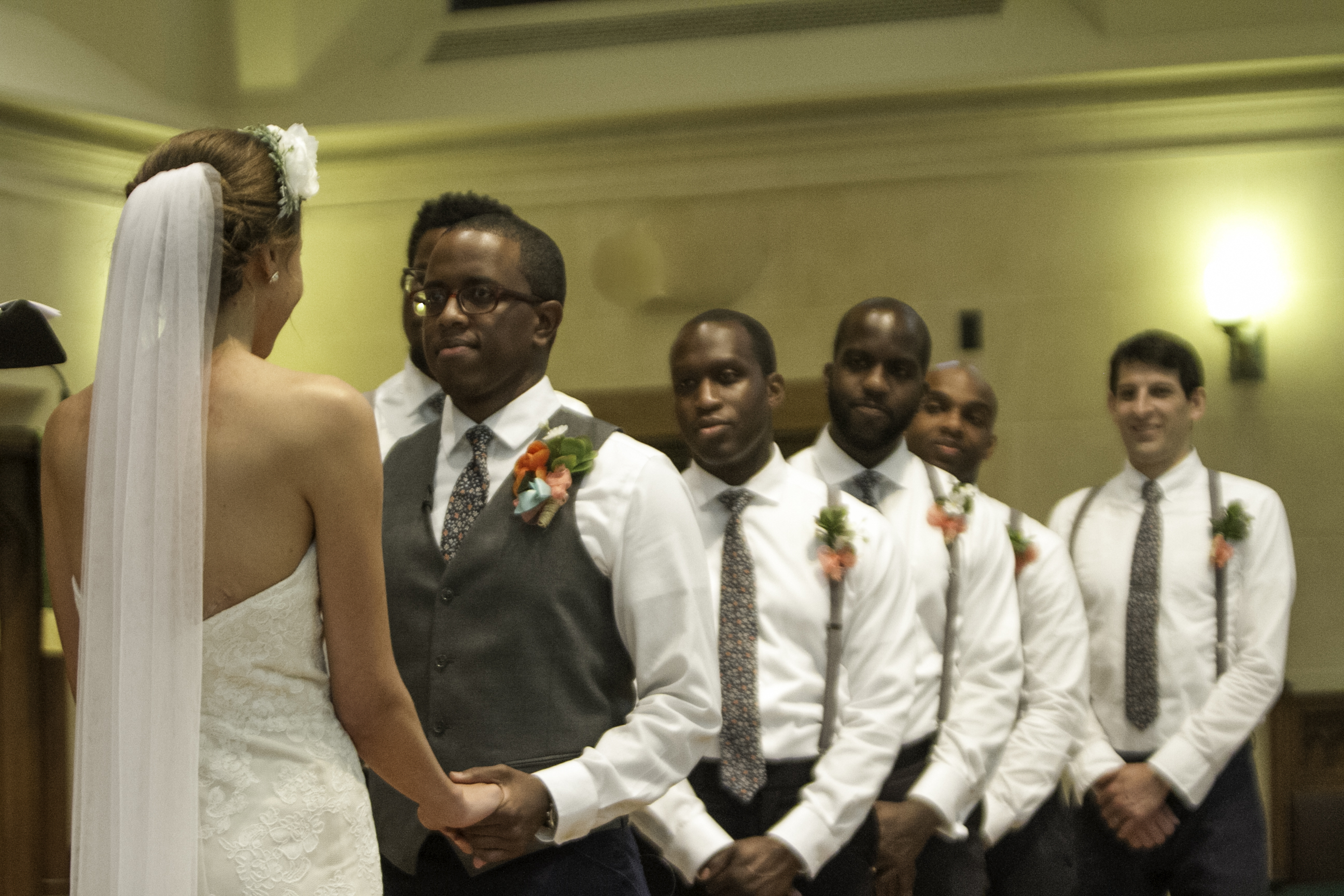 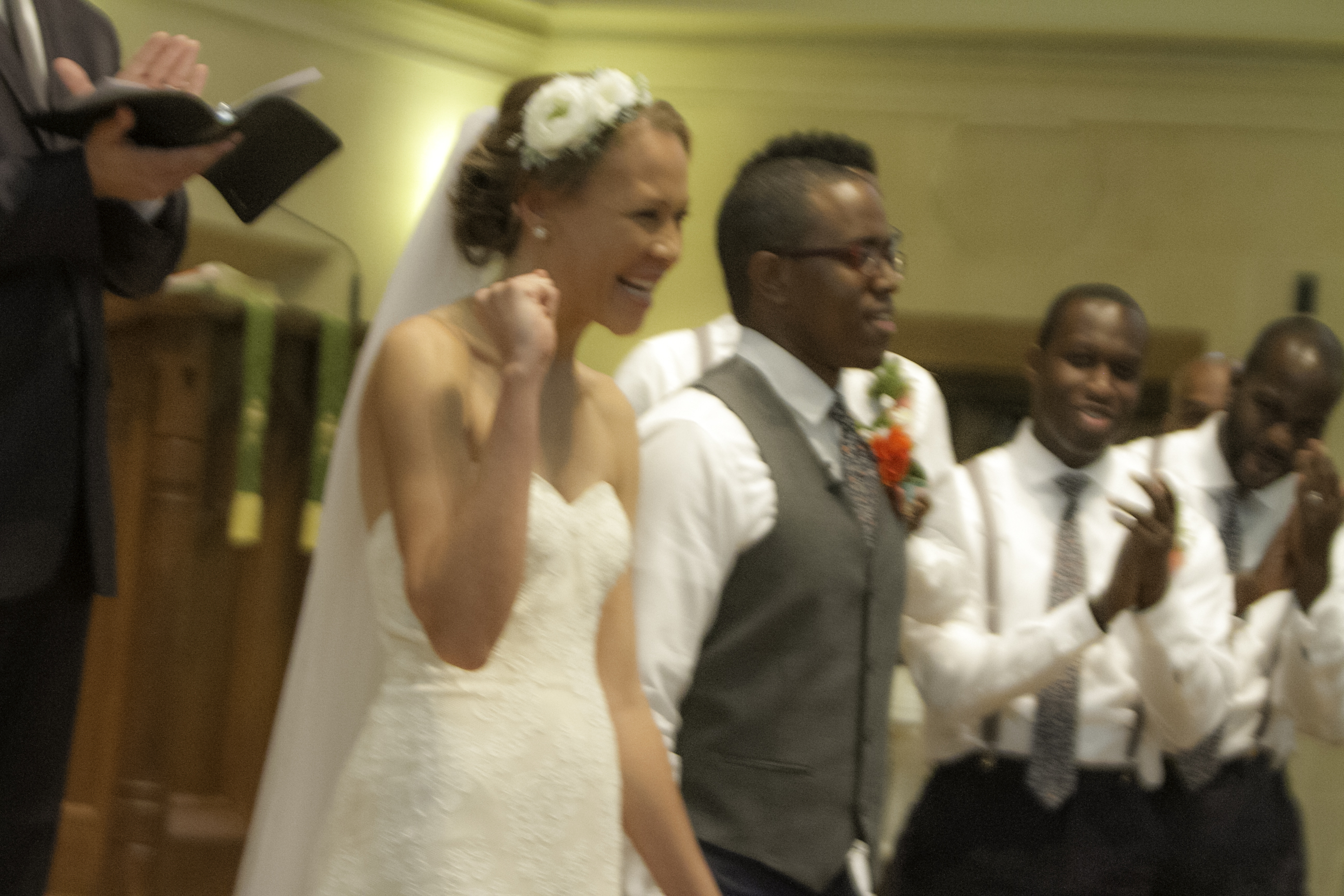 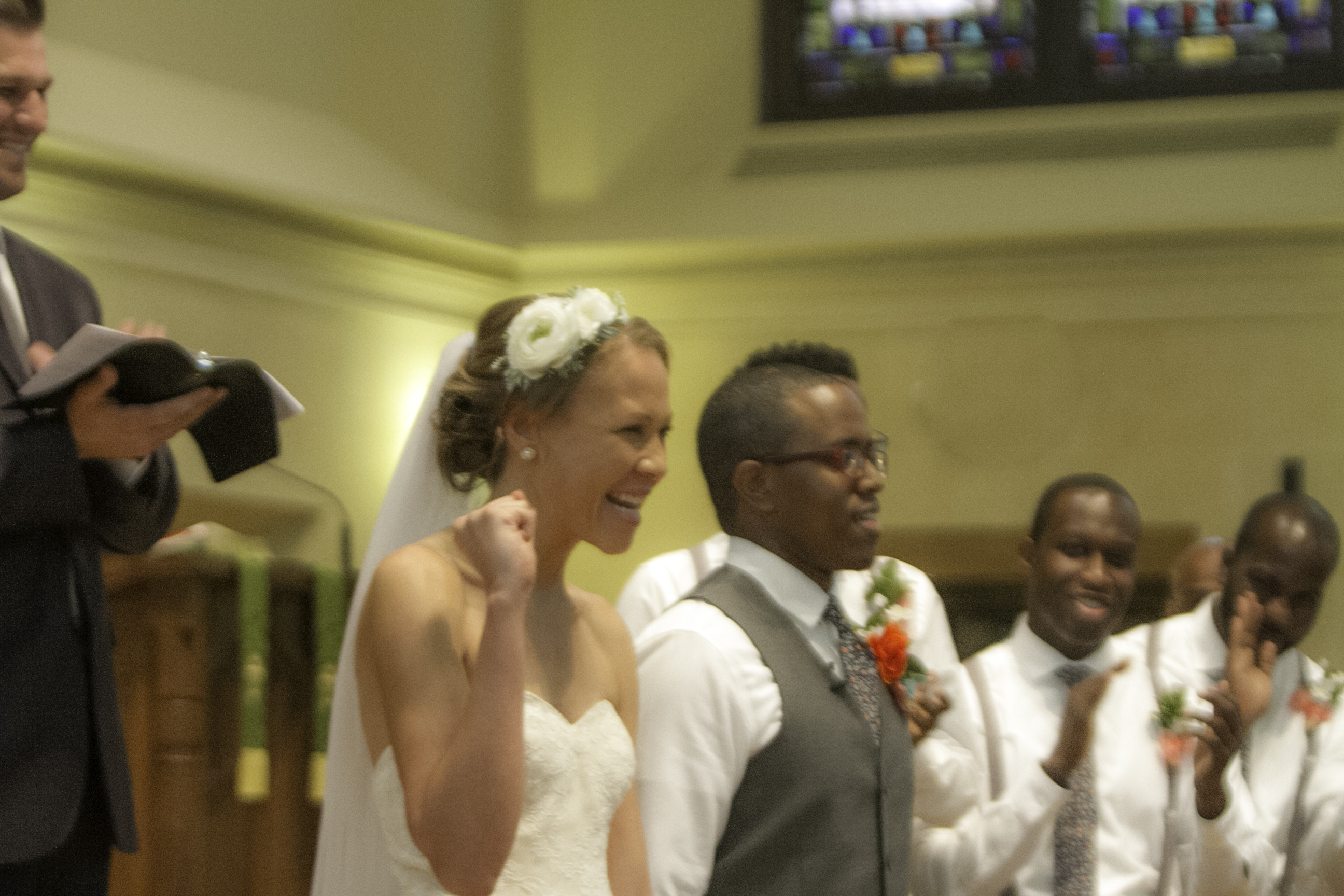 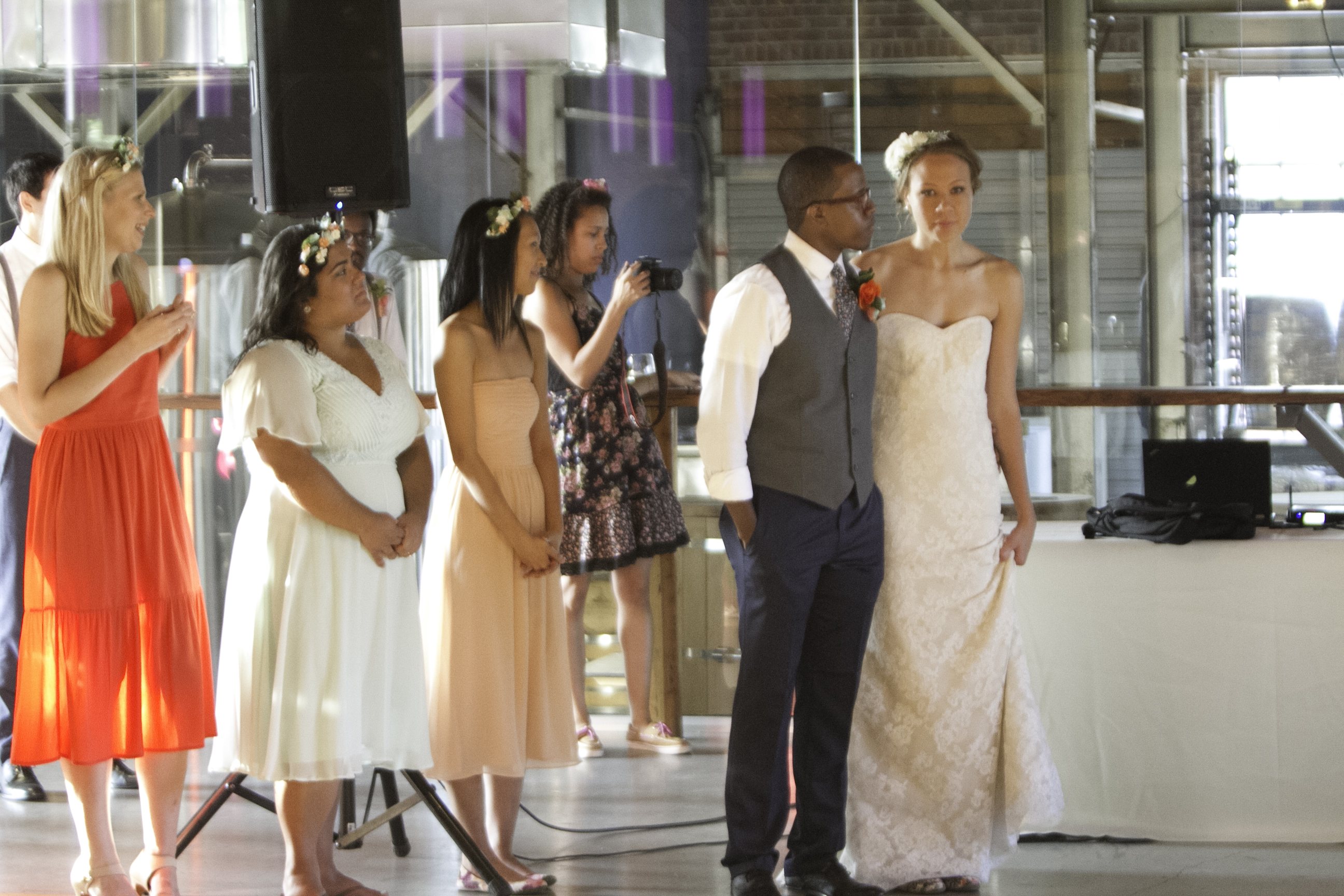 As the 2016 academic year slips through the change of seasons, Sabino defies the statistics against African-American males and forges forward with living his dream – to show young people that they, too, can be successful when applying themselves with their education. Despite the state of race relations in America today, artist/teacher Georgio Sabino III demonstrates that “Black lives matter” as his civic engagement continues to document the successes and struggles of life for small businesses in America, serving as photo editor for City News among his other entrepreneurial ventures.

“Reservations for wedding season are getting pretty strong now that the winter holidays are past,” states Sabino,  whose web site, www.news.gs3.us,  already is receiving bookings.  The message feature on his site easily allows users to save a date and leave a message for a personal call or message back.  “But our team also been getting a lot of requests for Valentine’s Day photo sessions as well.”
The bigger photo event that Sabino’s planning for is the 2016 PowerNetworking Conference, May 26-28, 2016, at Gaylord National Resort in Prince George’s County, Maryland, where he is the official photographer for George Fraser, Chairman and CEO of FraserNet, Inc. “Do you realize who’s going to be there?” Sabino asks. “Invited guests include Cleveland Cavs’ star LeBron James, former Secretary of State and Democratic presidential candidate Hillary Clinton, film maker Spike Lee and others!”

Sabino was among the select few members of the media invited to the White House, where he photographed PresidentBarack Obama with the Ohio State Buckeyes as the 2015 National College Playoff Champions, a first for OSU since 2002. As City News USA photo editor he stated, “We are a small Black-owned newspaper that covers big stories. We would be honored to take these photographs. Thank you for supporting small businesses.” Suddenly, Sabino was among a larger national press corps covering the event of a lifetime.

Following more winners, Sabino is providing ongoing coverage of the Cleveland Cavaliers as they strive for their national championship goal. Meanwhile, Sabino has followed the civic dialogues of a society still struggling to overcome the racial inequalities meant to be abolished from an era before he was even born. He continues to follow and document the protests against police brutality in Cleveland, Washington DC and elsewhere.

Sabino has long been committed to working with young people and obtained his dual masters degree in art education from Case Western Reserve University and The Cleveland Institute of Art in 2009. Concurrent with his teaching career, Sabino also has photographed hundreds of celebrities and notable political figures of our time including the late poet Maya Angelou and blues legend B.B. King. “I used to take students to [photograph] the [local sports] games as part of an extracurricular experience so that they could have a real life connection to where their art education – and education in general – could take them,” he noted.

His master’s thesis about educational genocide was a triptych of paintings that demonstrated the disparities of the educational system and eventual overcoming of the achievement gap. But in an ironic twist of fate, Sabino has become part of the statistics among 40 to 50% of teachers who leave the profession within the first five years, according to a 2014 report by the Alliance for Excellent Education.

Cited among the factors affecting these teachers were consistent overarching themes: a lack of local leadership support, teacher bashing in the press, a workload inconsistent with teacher pay, and challenging student behaviors. These and other reasons were echoed in a 2014 blog on ConversationEd.com, a 2013 article in The Atlantic (Why Do Teachers Quit?), and a 2015 article in The Guardian (Five Top Reasons People Become Teachers – and Why They Quit).

Unfortunately, Sabino is among the kind of of African-American male teachers most needed in the classroom. In a 2014 article by The Hechinger Report, A Consortium on Chicago School Research (CCSR) report found that schools serving low-income, minority students turn over half of their staffs every three years, deepening the divide between poor and wealthy students to the most experienced teachers. “I have a lot of ideas as to how we could approach education differently,” he says. “But hiring creativity for implementation in a tough economic market is not necessarily on the national list of educational priorities…”

Sabino cites author Sarah Lewis’ statement in The Rise: Creativity, The Gift of Failure and The Search for Mastery: “Effective building – of bridges, of concepts, and ideas – comes from a more supple form of grit that knows when development needs to give way to discovery.

Nonetheless, Sabino’s next artistic pursuit is a follow-up to his Educational Genocide series. In his Emotional Rape series, he explores the aftermath of being caught in a broken educational system, with a subsequent series titled Wrong Verdict: Suicide or Murder and next Religion: which Mark? His teaching now is limited to private classes for students who really want to learn, and his career as an artist/photographer continues to demonstrate that resiliency of the human spirit is a wealth that can be obtained in spite of current race relations in America. In addition, his artistic pursuit is to share the new photographs of the Cleveland Cavs experience. Companies can purchase a poster with their logo on it for clients or employees.

Rachel Truitt is a well-respected artist. She loves painting murals and portraits. Go to the website to review the works of art.

Susie Boley is an author and officiates weddings. Go to the website to review her weddings and book.

Aaron and Sabrina both are inspired to share their cooking styles and flavor of cooking. Go to the website to review.

Vote is inspired to assist any political party to create professional HD videos for commercial for television or web. The GOP, Republican, Democrats or independents are welcome.

The professional model, Toni Mays, has worked in the fashion industry for 2 decades and has inspired young models to understand the career.

and a Golf Tournament.

Considered Mother Teresa of the millennium is inspired to share her pastries with the world (Amazing Treats and specialty cheesecakes).

Real Estate Photography – making sure your images are magazine or print quality.

Pearlie Victorious known for pearls. The jewelry comes from hand made artist locally, regional and international. To buy online

RSVP for GS3 Photography class. Georgio Sabino III has a photography class to assist with young and old, new or advanced experience with the technology. Four staff members. 18 & up.

The infamous musician Matthias Collins has a voice to match some of the greatest in the business. Look out for new songs.

Bringing the taste of the Philippines to America, Masarap has custom plates of authentic Filipino food and treats.

Richard Madry Photography has been in business for 25 plus years and has made an amazing name in senior portraits, headshots and wedding photography. Located in Plain City, Ohio.

Innovation and creativity for the millennium – A focus on the future of design GS3 designs is looking for venture capitalist to invest in technology and educational apps and games.

Georgio Sabino showcases “Cleveland Heights” by demonstrating anyone can reach new heights by showing of the portraits such as “Cleveland Cavs,” “Cleveland Browns,” and the “Cleveland Indians.” But also portraits like Karamu House, Cleveland Foundation and Cleveland Protest.

GS3 Educational Genocide: paintings that demonstrated the disparities of the educational system globally and achievement gap. Black lives matter in art and museums.

The GS3 Team is a multi-media design firm that individually designs personal sessions and packages for weddings, corporate, fashion and family photography, and other multi-media art for private and corporate collections.

”Dia de Muertos” or “Day of the Dead “Kickin’ it with Kenny discovers what the ‘Day of the Dead’ celebration is all about.” Fox8 News

The Ohio State University Graduation was amazingly fun and interesting for the speaker of the commencement was The President of the United States Barrack Obama. With his compelling speech about graduates in this economy and their dreams to be.  The Ohio State will award 10,143 Graduates will receive their diplomas who have plans to change the world.

On Sunday, May 5, Ohio Stadium was fill our the next generation of artists, health professionals, engineers, and scientist.

The President goes on to say… ”

But, Class of 2013, your path to this moment has wound you through years of breathtaking change.  You were born as freedom forced its way through a wall in Berlin, tore down an Iron Curtain across Europe.  You were educated in an era of instant information that put the world’s accumulated knowledge at your fingertips.  And you came of age as terror touched our shores; and an historic recession spread across the nation; and a new generation signed up to go to war.

So you’ve been tested and you’ve been tempered by events that your parents and I never imagined we’d see when we sat where you sit.  And yet, despite all this, or perhaps because of it, yours has become a generation possessed with that most American of ideas — that people who love their country can change it for the better.  For all the turmoil, for all the times you’ve been let down, or frustrated at the hand that you’ve been dealt, what I have seen — what we have witnessed from your generation — is that perennial, quintessentially American value of optimism; altruism; empathy; tolerance; a sense of community; a sense of service — all of which makes me optimistic for our future…”

“Fifty years ago, President Kennedy told the class of 1963 that “our problems are manmade — therefore, they can be solved by man.  And man can be as big as he wants.”  We’re blessed to live in the greatest nation on Earth.  But we can always be greater.  We can always aspire to something more.  That doesn’t depend on who you elect to office.  It depends on you, as citizens, how big you want us to be, how badly you want to see these changes for the better.

And look at all that America has already accomplished.  Look at how big we’ve been.  I dare you, Class of 2013, to do better. I dare you to dream bigger.

And from what I’ve seen of your generation, I’m confident that you will.  And so I wish you courage, and compassion, and all the strength that you will need for that tranquil and steady dedication of a lifetime.

Thank you.  God bless you, and God bless these United States of America.  (Applause.)”

The news media are those elements of the mass media that focus on delivering news to the general public or a target public. These include print media (newspapers, newsmagazines), broadcast news (radio and television), and more recently the Internet (online newspapers, news blogs, etc.).