In an explosive win Ohio State buckeyes beat up on the Michigan Wolverines. The Ohio State field is rushed as women lay down to take photographs on the turf. 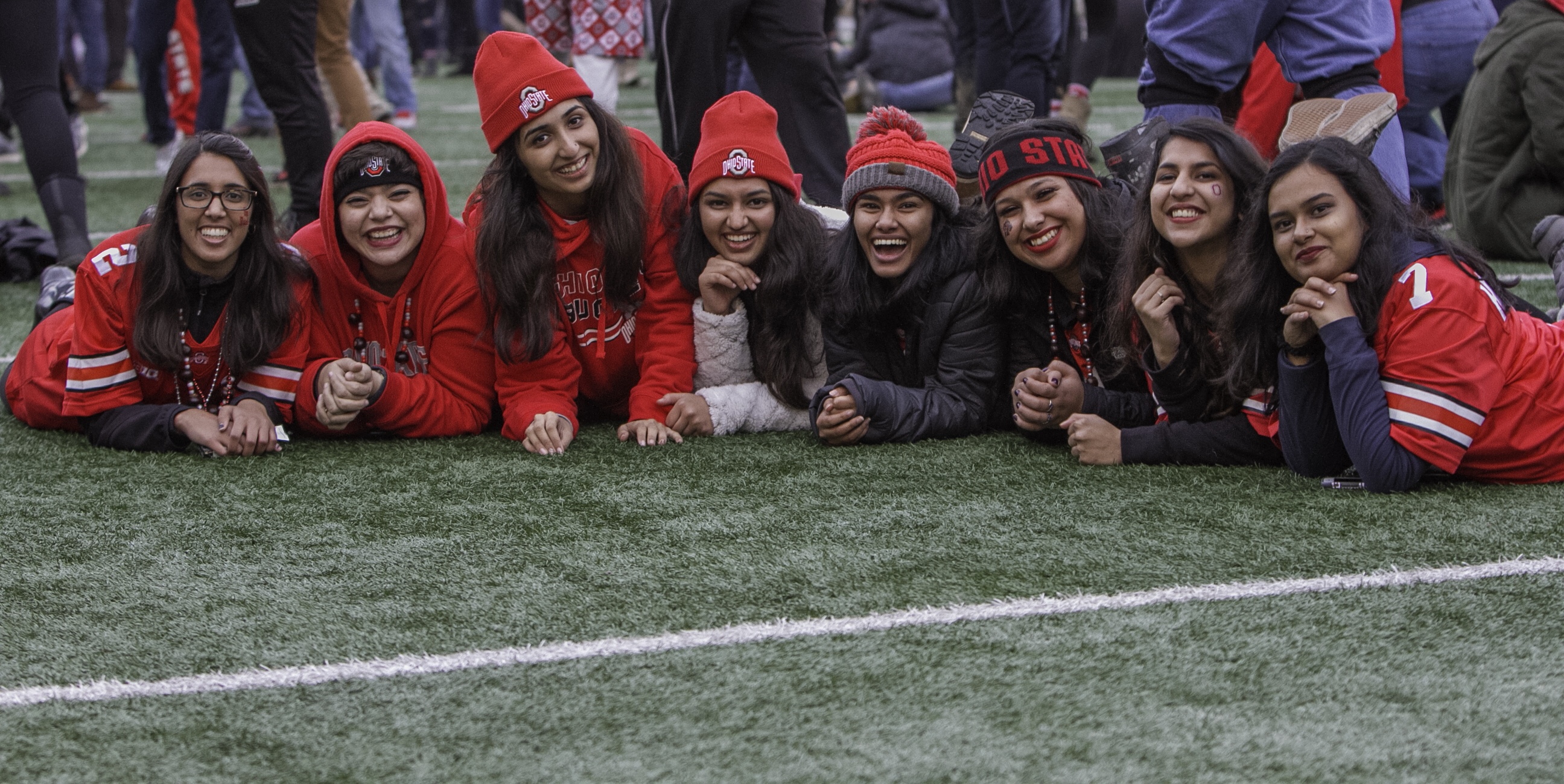 Ohio State comes back to win a double overtime when against Michigan Wolverines. This is going to go down as one of the great classics.

The Fans storm the field with the victory!

Ohio State Buckeyes-San Diego State Aztecs:   Ohio State coach Urban Meyer was not content with 40 points win last week against Buffalo. What is he to do about it?
The Aztecs are in their third season under head coach Rocky Long, who, as head coach at New Mexico back in 2003, beat Meyer’s Utes. How is he to play against OSU?  The Ohio State Buckeyes offense couldn’t have been operating any more smoothly during its first quarter of action since last November, but the rest of the game looked rocky and unsettling. The No. 3 OSU Buckeyes looked sloppy in a 40-20 season-opening victory over the Buffalo Bulls last Saturday. The OSU Buckeyes will take on the San Diego State Aztecs, who lost 40-19 against the FCS Eastern Illinois Panthers last week. The Aztecs have something to prove but so does the Buckeyes to the nation.